The reporting of claims for Hurricane Michael is cumulative and OIR compels all insurers to report data as of each required reporting date, per section 624.307, Florida Statutes.

To learn more about the data collected as part of the catastrophe reporting, including the additional enhanced data call and Claims Survey applicable to the August, September and October 2019 data calls, please visit https://floir.com/Sections/PandC/ProductReview/CatastropheReporting.aspx

Although the data provided by the insurers is reviewed by OIR when it is received, it is not immediately audited or independently verified by on-site visits. If the data indicates obvious errors, OIR requires the insurance company to review and, if necessary, resubmit its data.

OIR continues to evaluate data call responses and other data for potential violations of Florida law by insurers. 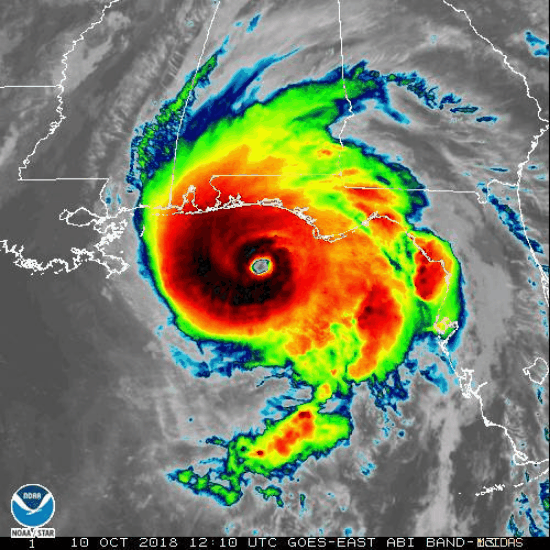 As of October 25, 2019, insurers reported the total number of claims for Hurricane Michael is 149,773 with more than $7.4 billion in estimated insured losses. This includes 99,554 residential property claims, 11,152 commercial property claims, 242 private flood claims, 872 business interruption claims and 37,953 other lines of business claims.

The following graphics display data submitted by insurance companies. These graphics are a tool to provide a current snapshot regarding Hurricane Michael’s impact on Florida. 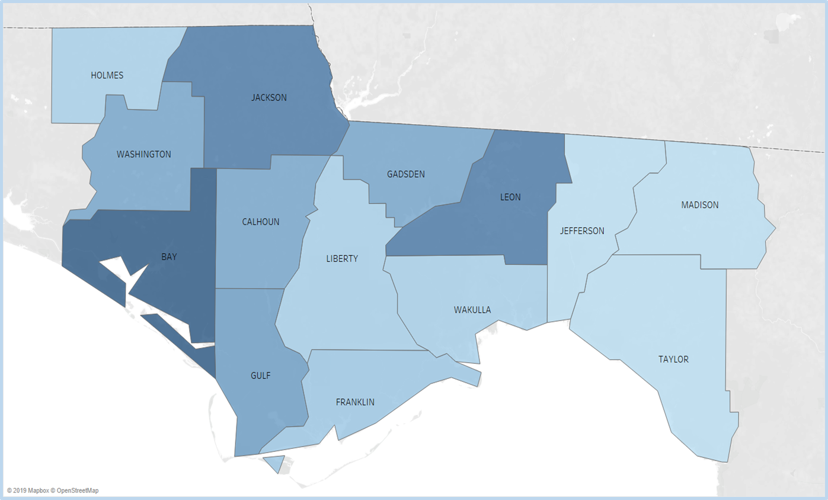 Open and Closed Claims by Line of Business 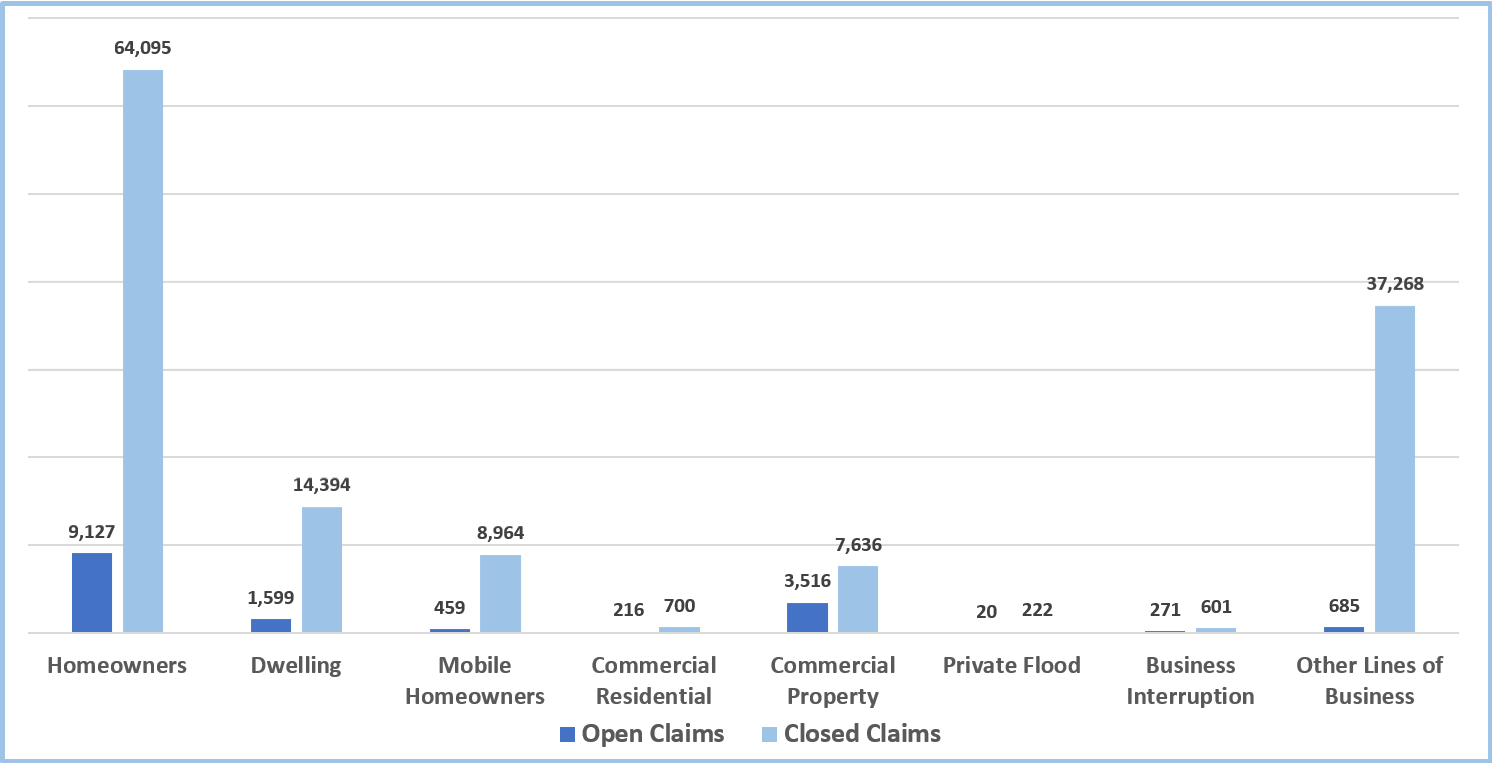 The above chart lists the number of open and closed claims by line of business as reported on October 25, 2019, for Homeowners, Dwelling, Mobile Homeowners, Commercial Residential, Commercial Property, Private Flood, Business Interruption, and Other Lines of Business.

Paid Losses by Line of Business

Insurers reported, of the more than $7 billion in paid losses, homeowners’ coverage represents 47.4% or $3.4 billion of paid claims, followed by commercial property at 25.9% or $1.7 billion. Paid losses are indemnity payments that exclude adjustment expense. Payments are the net of actual salvage and subrogation recoveries. For applicable lines, they include losses associated with loss of use, additional living expense, fair rental value and other factors. 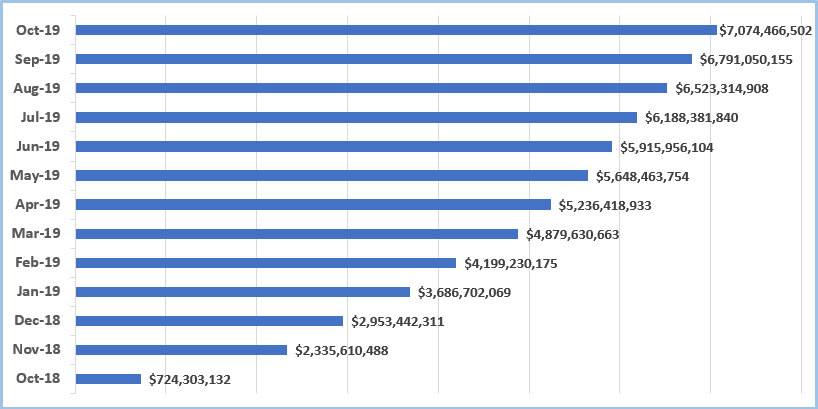 The above graph represents the progression of paid losses reported monthly as of the date for each data call.

A Comparison of Hurricane Michael and Hurricane Irma

While Hurricane Irma affected a much larger area of the state, insurers report that Hurricane Michael is a costlier storm when comparing the number of claims with the amount of paid losses. As represented in the chart below, Hurricane Irma produced over one million claims, costing more than $10.8 billion with an average claims cost of $10,800. Conversely, Hurricane Michael, with 149,448 claims, produced more than $7 billion in paid with an average claims cost of $62,661.² 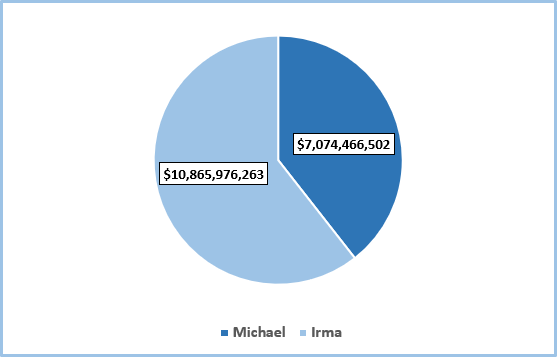 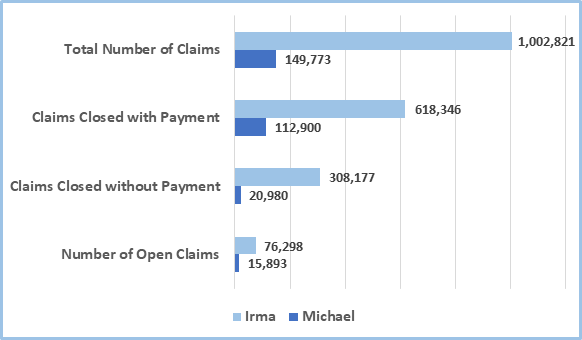